Written on the Landscape: Mysteries Beyond Chaco Canyon

This newly conceived series (in progress) will bring recent revelations about the ancient Native Americans who built massive enigmatic structures throughout the southwest. New aerial cinematography and lidar--an aerial laser-scanning technology--are revealing a vast network of linear earthworks with no known utilitarian purpose. Sacred to Native American descendants of the area, these "roads" are leading to stunning new insights about some of the most elaborate ritual constructions of the ancient world. However, these masterworks are now gravely threatened by an oil boom erupting in the region. This series follows The Sun Dagger and The Mystery of Chaco Canyon, narrated by Robert Redford and produced by The Solstice Project for PBS. Learn more The Solstice Project's Work and Get Involved. Consider supporting this urgent documentation of Chaco's endangered culture with your tax deductible donation. 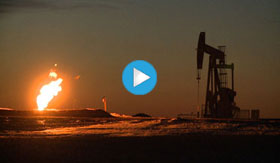 In response to the Bureau of Land Management's announcement to facilitate leasing of 6.2 million acres of the Chaco region of New Mexico to oil companies for fracking... 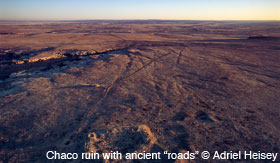 The great complexity of the Chaco culture, with our more than 20 interviews and vast visual record, will be revealed in a series of short films we are creating. View our 2017 Annual Letter

The Solstice Project is a non-profit organization dedicated to the study of the rich astronomical heritage of the ancient Chaco culture of the American Southwest. Founded in 1978 by...